Nuremberg/Amsterdam, April 23, 2019 – The performance marketing specialist ad pepper media is this year celebrating the 20th anniversary of its foundation and has begun its anniversary year with a jump in earnings.The EBITDA for the first three months of the financial year more than doubled from EUR 312k in the previous year to Euro 709k. This represents the highest level of first-quarter operating earnings (EBITDA) in the company’s history. EBIT also more than doubled from Euro 231k to Euro 473k.

The EBITDA figures for Webgains and ad pepper media came to EUR 416k and EUR 530k respectively. These also represent the best first-quarter figures achieved by these segments in the company’s 20-year history. ad agents was also profitable and generated EBITDA of EUR 74k. By offering new services and products, the company was able to acquire numerous new customers. Despite the substantial sales growth, the group managed to reduce its operating expenses by 1 percent in the first quarter.

The company has been free of debt since its foundation and has liquid funds of EUR 23 million. This represents the highest volume of first-quarter cash holdings since 2006. 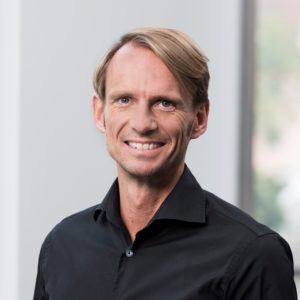 “We achieved a great deal in both strategic and operating terms in the 2018 financial year. This way we laid a foundation for the current financial year, enabling us to generate record earnings in the first quarter already”, comments Jens Körner, CEO of ad pepper media. “Our company was founded in 1999 and is thus a pioneer in the field of online marketing. We are delighted to celebrate our anniversary year with the best earnings in our history. That reflects our innovative strength and the advances we are making in developing new performance marketing solutions.”